Glimmers in the Fog 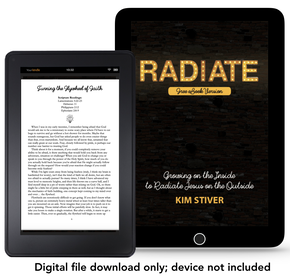 When you sign up for my email list four amazing things happen!
1 - You'll get an encouraging blog post in your inbox each week.
2 - You'll receive a FREE version of my newest devotional book RADIATE
3 - You'll get sneak peeks at my forthcoming e-books and novel.
4 - You'll be helping me get published one day, just by subscribing and sharing my posts with others.
Thank you – you're awesome!
CLICK TO SUBSCRIBE NOW
EU Residents ONLY - Please Sign Up Here